We are delighted to have previous Award winners from across Canada judge the applications and nominations in 2019. Below you will find information on each judge. 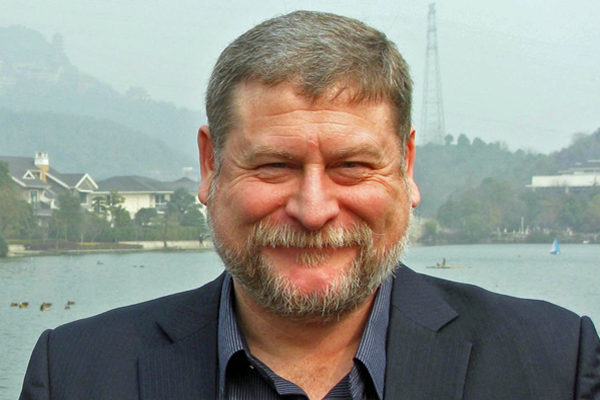 Paul von Wittgenstein is a professional entrepreneur, business consultant, talent development specialist, corporate trainer and business coach with more than 25 years of experience. After completing a 20-year entrepreneurial assignment of international business development in Asia, Paul returned home to British Columbia to work with local organizations and businesses to help them improve their success with planning, establishment, growth, and innovation through people development programs.

Proprietor and Counsellor
A Holding Place 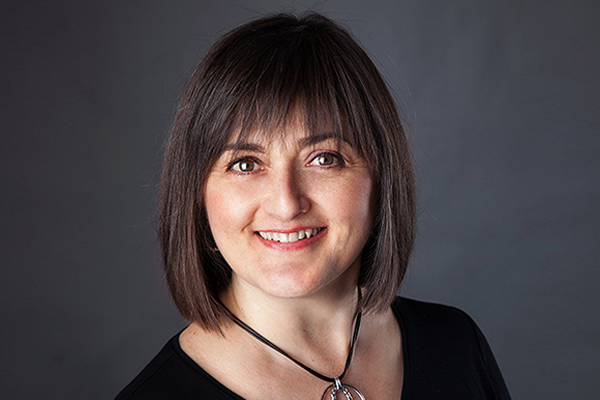 Helen MacKinnon is a counselling therapist in St. John’s Newfoundland and in 2011 became a proprietor when she started a Private Practice Counselling Centre called A Holding Place Inc. A Holding Place is a thriving clinic of multiple professionals offering counselling to individual, couples and families and they work with adults, adolescents and children. They are service providers for a number of Employee Assistance Programs (EAP) helping employees and their families, as well as self referrals, deal with a variety of issues.  In 2014 Helen won the Newfoundland and Labrador Organization of Women Entrepreneurs (NLOWE) Start Up Award. Since starting her business and working alone, she has increased to a team of seven counsellors and the annual revenues continue to grow each year.  Helen calls herself a late bloomer and she wants to inspire anyone who thinks “it’s too late or I’m too old”. Just after her 50th birthday Helen took a leap of faith to start her own business and has had no regrets! She is honored to be a judge for the second annual 50 Over 50 Awards and looks forward to reading stories of other successful “late bloomers” entrepreneurs.

Patti Koeslag is a Life-Cycle Celebrant and has, since 2011, been creating and officiating ceremonies for life’s important thresholds such as weddings, funerals, vow renewals, and baby naming celebrations. She facilitates a Conscious Aging 8-Week Program encouraging people to consider who and how they want to be as elders.

She is a retired senior office administrator and enjoys the extra time her retirement allows for family, friends, and volunteering. Patti enjoys people and their stories, books, life-long learning, gardening, photography and walking her labyrinth. 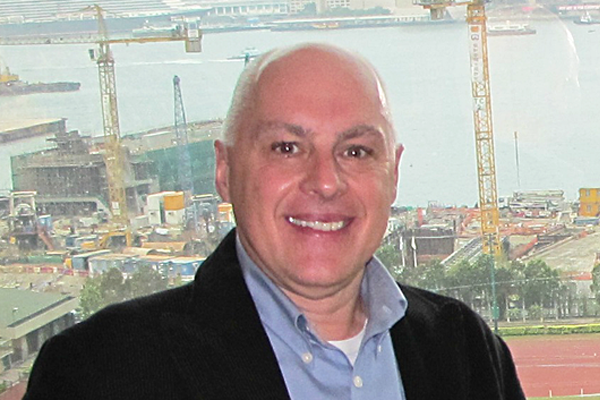 Ken is a dual entrepreneur based in Toronto and the Dominican Republic. Ken operates a mine engineering consulting business and is also the founder of a road safety mobile app called Windshieldink.

Ken received his engineering degree from McGill University in 1980 and a M.Eng from UBC in 1984. After 20 years employment with mining companies he formed his own consulting business in 2000 and has since worked in over 20 countries around the globe. After watching Toronto’s tech sector flourish, Ken decided to step into the tech world with the launch of a smartphone app in 2015. As a tech founder, the tech world brought on entirely new experiences, different learning curves, and required networking in the diverse and energetic demographic of this growing industry.

Ken currently resides in Toronto with his wife Glenna.

Gordon is Co-Founder and CEO of Fhabto Inc., a proptech company in the co-living sector, based out of Toronto.

Gordon has over 20 years experience as CFO in the real estate industry, having worked in Canada, USA, the Middle East and Africa. At which point he decided to go out on his own.

Gordon gets his energy from people and enjoys guiding teams through change and helping them to achieve progressive levels of success. He enjoys confronting and overcoming complex challenges and gets energized by developing creative solutions in any given situation and inspire teams to do the same. He believes that people are the key to success in business and the passion to build relationships internally and externally has given him the opportunity to achieve great outcomes. 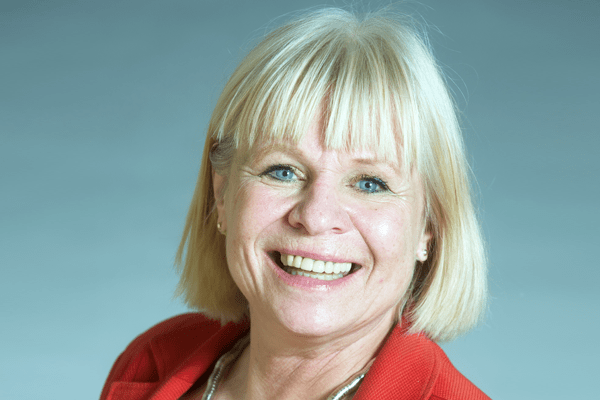 Patti Pokorchak, MBA is an award-winning sales and marketing executive, with 30+ years of experience starting at IBM as one of their first female tech professionals, and survivor of 17 start-up companies, 11 of her own. She has been self-employed since 1992 and helped start and run a 7-figure 20 employee software company for 10 years before opening a thriving garden centre and hobby farm, despite knowing nothing about farming. Patti says “If I can be a farmer, then you can be anything you want to be — as long as you master sales and marketing your products.”

Patti is the author of The Accidental Farmer: Adventures of a Serial Entrepreneur, which is NOT about farming but filled with tips for all entrepreneurs. 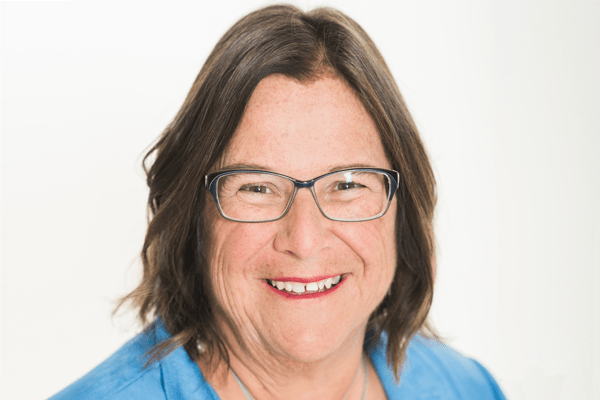 Fully bilingual, Linda moved to Prince Edward Island from Montreal at the age of 16 and entered the University of Prince Edward Island. She eventually became an educator and went into administration, finishing her career as Assistant Deputy Minister responsible for early learning and education in the province. She retired after 32 years in the field and started her own consulting company, The Lowther Group working mostly on educational, tourism or business projects.

Linda has also been in tourism all her life. She started with the accommodation business starting in 1985 with Sundance Cottages. Beginning with just two 2 bedroom cottages, the business grew to 22 cottages ranging from one to four bedrooms. She and her husband also operated a campground, small food businesses and a car wash in Canada’s vacation destination of Cavendish.

Linda has always been a leader in the industry, participating in meetings, providing advice and serving on numerous boards and committees including the position of President of the Tourism Industry Association of PEI.

She has also been active in her community serving as the first planning board chair before the Resort Municipality was created 26 years ago and now serves as the municipality’s Deputy Mayor.

She and her husband reside in Cavendish year round and she enjoys her four grandchildren, watching them compete in hockey, kart racing and gymnastics, along with travel and reading. 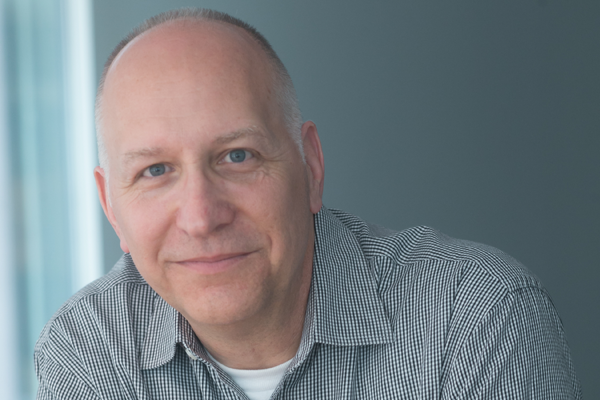 Rudy Richman’s success has been in the development, implementation and execution of sales team strategies. He is a habitual builder of revenue generating sales systems: profitable, scalable models with predictable results.

His firm, VirtualCSO has been engaged by 40 companies since its launch in 2011.Rudy’s unique expertise, proven in a series of successful endeavors, guides companies to efficiently scale and monetize their sales activity. Rudy was a member of, or advisor to, the executive management teams that engineered the successful acquisitions of Protus in 2010, Granite Networks in 2013, Privacy Analytics in 2016 and 360pi in 2017 – with total exit value near $300M. 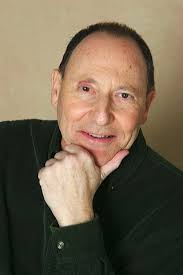 As a leadership and team building trainer, Allan has developed and delivered programs to colleges, universities, hospitals, and the corporate world. He has mentored entrepreneurs, CEOs, and senior management from some of North America’s top-ranked companies. He is also a popular media personality and commentator in Canada and the United States, having hosted a nationally syndicated business radio show on the Talk America radio network.

Born in Edmonton, Alberta, Allan holds a Bachelor of Arts degree in sociology from the University of Montana, and a Professional Teaching Certificate from the University of BC. He went on to graduate school and has his Masters studies in Sociology. Shortly thereafter he began a long career with the Big Brothers organization. Later he assumed senior administrative positions in advancement with the Universities of British Columbia and Alberta. Allan is a pioneer in the fund development industry, having founded two professional associations.

He is also the author of the revolutionary book “Zentrepreneurism: A 21st Century Guide to the New World of Business”. And his new e-book, “Zentrepreneurism 3.0” The Inner Game Of Conscious Business. His highly acclaimed speaking presentations on “Creating Passion, Purpose and Profits with Integrity” have gained national attention. His website has become a forum for the world-wide growth of the Zentrepreneurism movement.

Allan is the Founder, and Executive Producer of three digital web radio networks including; Conscious Planet Radio, the first all-digital radio network with a mandate to provide a media platform, connecting broadcasters from around the world with a collective voice for positive change. Today he is also the founder of the Boomer Public Radio Network that connects the voices of Boomers from around the world, and currently is Founder and General Manager of Okanagan Valley Radio in Kelowna where he is happily semi-retired. 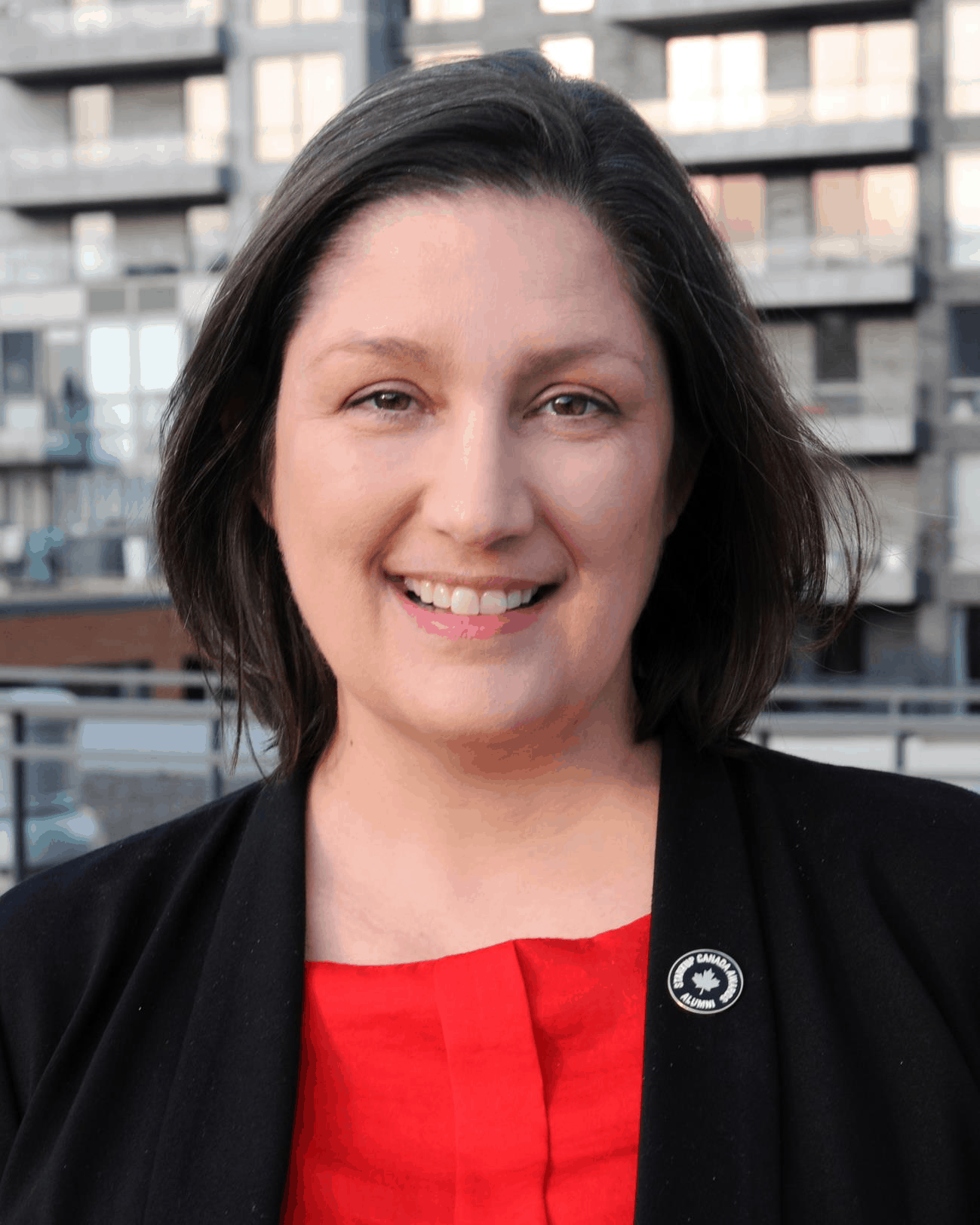 Suzanne’s curious and adventurous nature propelled her through a diverse career of discovery, travel and pushing boundaries.
From Canadian Military engineering officer she pivoted to entrepreneurship creating ‘The Art of Business’ in a frontier market. This strategic communications agency, set up in Qatar (Mid East), helped fortune 500 C Suite executives launch companies and develop key relationships in emerging markets.

Suzanne has worked with Serena Williams, Richard Branson’s Virgin Health Bank, Accenture, Shell and Samsung to name a few. She also launched an award-winning media brand and founded ‘Spirit of Empowerment’. This project for Arab women was pitched to and gained sponsorship from the Queen of Qatar.

In 2015 Suzanne cofounded ‘iBIONICS’ to improve the health of hundreds of thousands of people. Their first product in development is a bionic retina, ‘The Diamond Eye’. Under her leadership as CEO, the company raised $4.8M in non-dilutive and private funding and hit major technical and clinical milestones, hitting well beyond their weight. IBIONICS was listed as a retina disruptor in CB Insight and has appeared in The Globe and Mail, The Ottawa Citizen, CTV, CBC and Bloomberg BNN. IBIONICS won several awards including the Startup Canada Quebec and National Innovation Awards and the Creative Business Cup (Copenhagen).

Suzanne recently appeared at Interface Health on the same ‘Brain-Machine Connection’ keynote stage as the Turing Award winner and GodFather of Artificial Intelligence, Yoshua Bengio. She delivered one of the top talks about how the bionic retina communicates: ‘A Brain Language to Reignite The Senses’.

Suzanne has been frequently described as the person who makes things happen. She won the Startup Canada Female founder award and 50 over 50 award in 2018

President CEO of GC Rock consulting, president/CEO of iotProximity inc. Co-founder and partner in ICO Consulting Inc. I have an office at Carlton university’s “Innovation Technology Management centre” where I teach entrepreneurship and business development to Co-Op students. My companies deal in edge-computing, AI, proximity, and IOT, Crypto-currency, and blockchain.

I formerly taught and mentored at two incubators/accelerators: Grind space at Invest Ottawa, and “Innovation Gatineau”. I did M&A and commercial real estate in Europe, and commercial real-estate development in Montreal, Cornwall and Ottawa.

From 1980 and Up to 2013 I built 6 successful businesses in two provinces and three cities all in the recycling and automotive business. I engineered my own exit and sold all six companies to the Phoenix group in the USA.

I served with distinction in a combat role in the IDF during the Yom-Kippur war from 1973-76. I speak 5 languages and have deep knowledge in marketing, sales and business.

WISE’s goal is to help encore careerists achieve their business start-up goals by equipping them with the requisite skills, knowledge, resources and confidence.

Learn more about the services offered by WISE – Seniors in Business